Pella, a small coastal town of the Thermaikos Gulf, replaced Aigai as the capital of the Macedonian state at the end of the fifth - beginning of the fourth century BC and quickly became one of the most important political, economical and cultural centres of Greece. The new capital, chosen by King Archelaos or Amyntas III for political and economic reasons, was ideally situated near fertile lands, while its coastal location facilitated communications and encouraged both commerce and the expansionist views of the Macedonian rulers.

Only a small part of the site of Pella, which covers an area of approximately four square kilometres, is open to the public. Located north of the Thessaloniki-Giannitsa road, this includes several houses (House of Dionysus, House of Helen's Rapture, House of Poseidon, House of the Wall plaster) and part of the agora. Other excavated sectors, such as the palace, the sanctuary of the Mother of the Gods and Aphrodite, and the sanctuary of Darron, are not accessible. The monuments visible today belong mostly to the Hellenistic period. Sparse remains of the Classical period near the modern irrigation channel indicate that the core of the city was located south of the Thessaloniki-Giannitsa road during this period. The early cemetery identified in the area east and northeast of the agora marks the eastern limits of the Classical city.

You can transfer to Pella Archaeological Site directly from Thessaloniki airport with reliable, low cost transfers that our company provides. 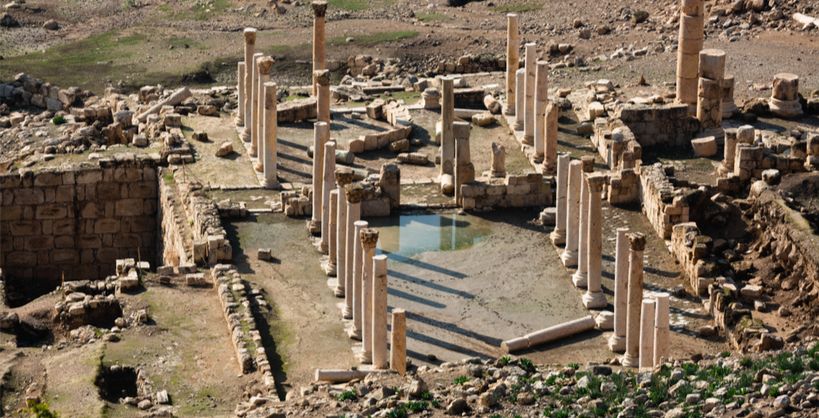