The Port of Piraeus is the largest Greek seaport and one of the biggest in the Mediterranean Sea and Europe.

The Port of Piraeus served as the port of Athens since ancient times.

Today, the Port of Piraeus is a major employer in the region and is operated by the Piraeus Port Authority S.A. (PPA).

With about 18.6 million passengers Piraeus was the busiest passenger port in Europe in 2014. Since its privatization in 2009 the port's container handling is growing rapidly. Piraeus handled 3.67 million TEUs in 2016 (2015: about 3.32 million). According to Lloyd's list for top 100 container ports in 2015 Piraeus ranked 8th in Europe and 3rd the Mediterranean sea. The port of Piraeus is expected to become the busiest port of the Mediterranean in terms of container traffic by 2019.

You can transfer to Peiraeus Port directly from Thessaloniki airport with reliable, low cost transfers that our company provides. 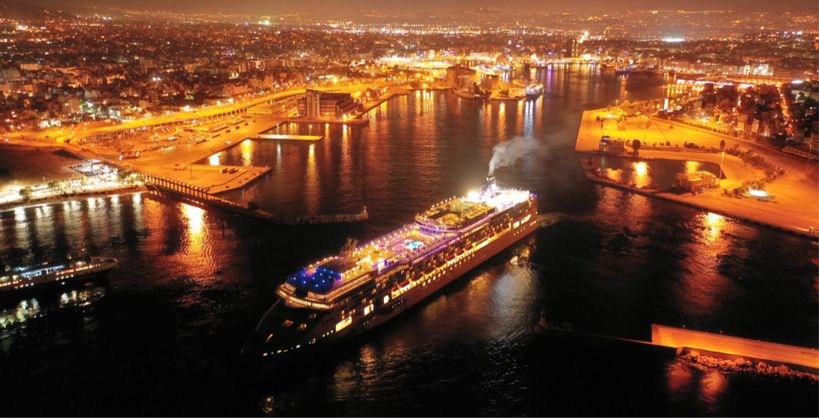