Igoumenitsa, is a coastal city in northwestern Greece. It is the capital of the regional unit of Thesprotia.

Igoumenitsa is the chief port of Thesprotia and Epirus, and one of the largest passenger ports of Greece, connecting northwestern Mainland Greece with the Ionian Islands and Italy. The city is built on easternmost end of the Gulf of Igoumenitsa in the Ionian Sea and primary aspects of the economy are maritime, transport, services, agriculture and tourism. The 670 km (420 mi) long Egnatia Highway, which serves northern Greece, terminates at Igoumenitsa, making it a popular starting point for tourists coming from Europe and ending point for trucks from Turkey.

Igoumenitsa features many shops, schools, offices and cargo storages, a Technological Educational Institute, a library, an archeological museum, several sport stadiums and tennis courses, a courthouse and a medical clinic. The Thesprotia Police Headquarters and the Municipal Sailing Club are located here. The city itself is built on the slopes of a forested mountain and expands perimetrically around the gulf.

The 2011 census recorded 25,814 inhabitants for the wider Municipality, of which 9,820 in the municipal unit of Igoumenitsa proper. Igoumenitsa is known for being surrounded by several forests and for its blue waters. The nearby Drepanos Beach is one of the longest sand beaches in the region, with a length of over 7 kilometers. 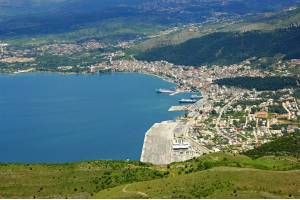 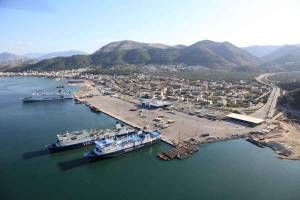 You can transfer to Igoumenitsa Port directly from Thessaloniki airport with reliable, low cost transfers that our company provides.