Transfer with Taxi to Petralona cave from Thessaloniki

The Petralona cave (Greek: Σπήλαιο Πετραλώνων) also Cave of the Red Stones (Greek: Σπήλαιο " Κόκκινες Πέτρες "), a Karst formation – is located at 300 m (984 ft) above sea-level on the western foot of Mount Katsika, 1 km (1 mi) east of the eponymous village, about 35 km (22 mi) south-east of Thessaloniki city on the Chalkidiki peninsula, Greece. The site came to public attention when in 1960 a fossilized hominid skull was found. The cave had been discovered accidentally only a year earlier (1959) after erosion had left clefts in the rock. "Bejeweled" with impressive stalactite and stalagmite formations and holding an abundance of fossils the cave soon attracted geologists and paleontologists. After decades of excavations the cave is open to the public and scientific work is documented and presented in an adjacent Archaeological Museum.

The cave's most prominent fossil specimen, since known among paleoanthropologists as the "Petralona Skull", named Archanthropus europaeus petraloniensis by Aris Poulianos, former head of the Anthropological Association of Greece. He considers it the oldest European hominid ever found and assessed it to be 700.000 years old. Yet "there was the constant problem that the skull was an isolated find" as other scientists strongly disagree and the find has been a continuing cause of controversy since. The Anthropological Association's conclusions and results are in direct conflict with accepted speciation models of the genus Homo and the chronology of the Out of Africa theory.

For a number of times excavations on the site were delayed and/or had to be discontinued, first in 1967 and the following years in relation to the Greek coup d'état, again in 1983, according to Nickos A. Poulianos the Ministry of Culture giving no reason why it ceased to re-issue the excavation concession until "in 1997 the Anthropological Association of Greece, after 15 years of trials, was justified by the Supreme Court and was ordered the continuation of its works in the cave." Dr. Aris Poulianos, President of the Anthropological Association of Greece has repeatedly accused the Greek government, claiming it is conspiring to suppress his discoveries as in 2012 excavation rights were revoked again.

You enjoy this beautiful trip by clicking the link below or you can book it directly from Thessaloniki airport. 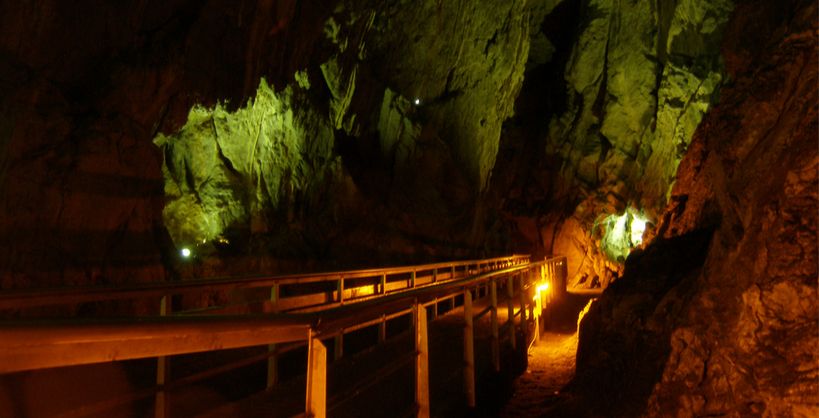