Going from Thessaloniki airport to Ouranoupoli Mount Athos with taxi 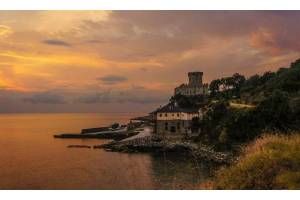